Waiting for a Miracle: The Spiritual Battle 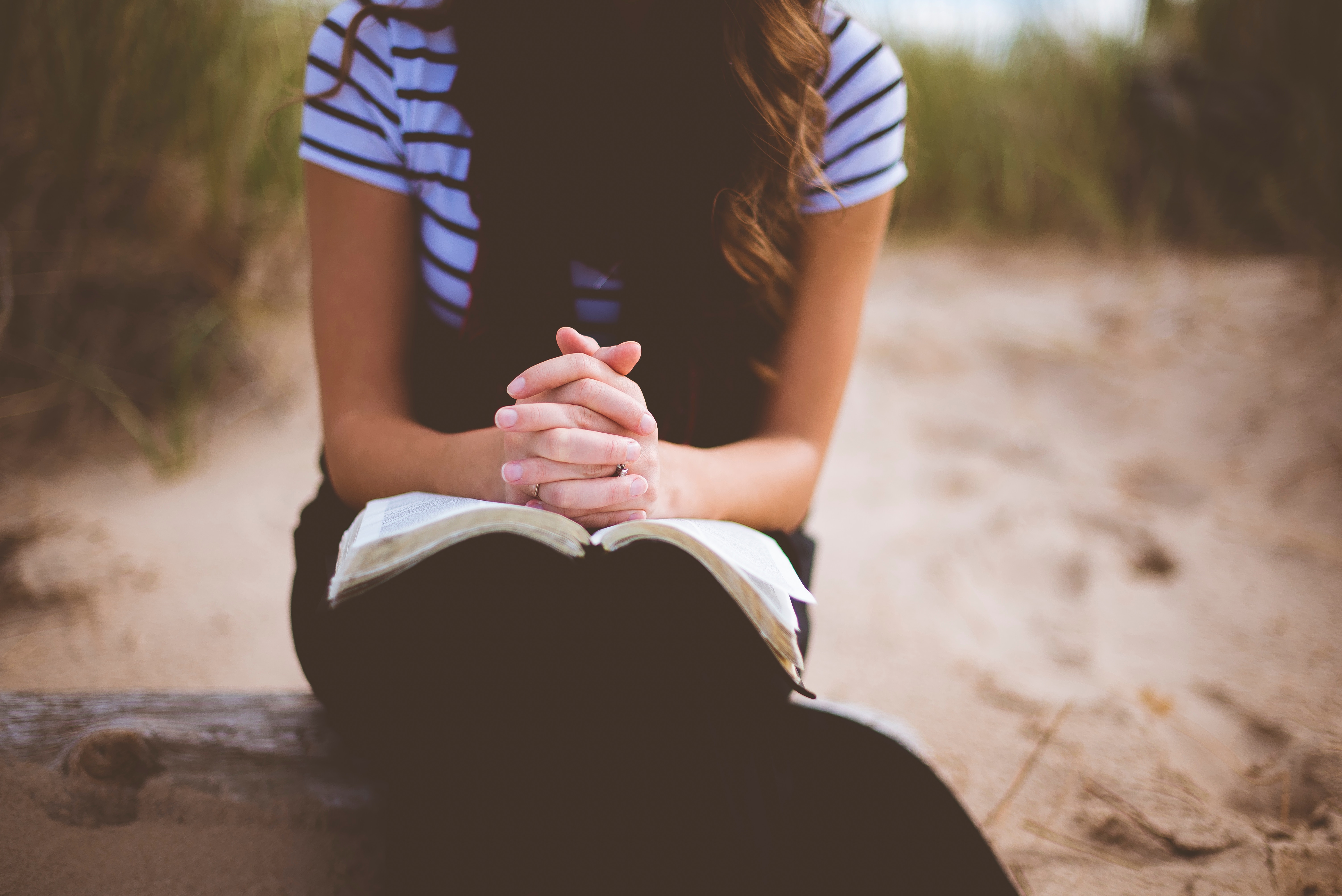 To the mamas out there in the trenches…

To those who are spending this Advent waiting for a miracle…

This is for you.

We all dread the phone call that comes unexpectedly and causes life to feel like one big “before and after.” There's the bad news that sideswipes us and no one is at fault, and then there's the news that makes it very easy to point a finger. So many emotions can explode in those moments- fear, shame, guilt, embarrassment, worry, anger, resentment.

As a mother, there is nothing worse than a call that involves your child. From the moment our children are placed in our arms, we make an inner vow to do all in our power to protect them and give them the best that we've got. The more years I live and the more broken hearts I encounter, the more certain I am that we all are giving mothering the best that we've got. Is it perfect? Far from it. But for the most part, we are doing the best we can with what we know and are able to do in the moment. But this doesn't mean that outcomes are guaranteed. Each child comes with his or her own journey ahead, and while we play a significant role in it, it isn't all up to us. The grand majority of it is up to them and the choices they will make with the great gifts of freedom and life that God has given.

With seven children, I've gotten my fair share of those phone calls. Each time, a sick feeling in the pit of my stomach has taken hold. My breath shortened and my hands felt clammy. I listened, and prayed that it wasn't true. And then I began walking the unpleasant road of picking through rumors, truth, lies and some shattered hopes and dreams. Was the various news I received the end of the world? Absolutely not. But did my heart feel devastated? Yes. Each time.

Someone asked me if I would be worried about Walking with Purpose if my “worst case scenarios” regarding my kids came true and became known. Without a moment's hesitation, I said, “Absolutely not.” The reason I responded in this way has everything to do with the way that I define success and failure. I think it's worth sharing, because I think there are a lot of moms out there who are dealing with their own set of disappointments that involve their families, and there's a lot of hiding going on. This hiding doesn't help anyone or anything, and is actually the devil's playground. He loves the shadows. So many mothers feel like failures, and I believe they are using the wrong measure to determine how well they are doing in this critical area of life.

We live in a world that tells us the success of our children is measured by the outward appearance. Physical beauty, athletic ability, academic accolades and a charismatic personality are all sought after and considered the highest prize. As long as outward appearance looks good, all too often mothers are willing to hide-or more tragically, ignore-sins and deficits of their child's character. We don't want our children to suffer, but perhaps just as much, we don't want their reputations to suffer. In our world, reputation, what people think of us, is everything. As a result, we step in the way of natural consequences that God wants to use to teach our children deep, lasting lessons. We make excuses, cast blame, and bail them out so that their spirits aren't crushed. And in doing so, we warp their understanding of choices and consequences. We leave them ill-equipped for a world that will not continue to soften the blows or buffer them from discomfort. The result? They will never grow up.

'Engage in this spiritual battle with heartfelt, fervent prayers. Let's storm heaven as we plead on behalf of this next generation.'

Why do we do this? Because we are caught up in the very things the world values. We are mixed up with it all ourselves. We gain an extra ten pounds and feel less valuable. We measure our worth against what we accomplish. Striving and hustling to be considered good enough, we focus on the tip of the iceberg and ignore the enormity of what lies beneath.

God leans into this mess and reminds us, “The Lord does not look at the things man looks at. Man looks at the outward appearance, but the Lord looks at the heart.” (1 Samuel 16:7) He cares about what's going on underneath the water. The tip of that iceberg may look great and earn us a lot of applause, but God is disinterested in those bells and whistles. He looks beneath, and measures our success by how we love. First and foremost, He cares about how we love Him. The first and greatest commandment is this: "'Love the Lord your God with all your heart and with all your soul and with all your mind.” (Matthew 22:37)

One of the ways that we love Him is by raising the children He has placed in our care. Raising children today is a battleground. We no longer live in a society that backs us up when we teach our kids what is most important. Leading our children to love and serve the Lord is incredibly hard in a culture that says truth is relative, everything in life revolves around them and their happiness, and that actions don't have consequences. The older our children get, the more we recognize what a battle it is. It's hard, and so many of us are weary.

Those of us who have determined to let the shoe fall, to let consequences be felt, often feel so alone on that path. We want to give up. We want to give in. We desperately want everything to just get comfortable again, even while we recognize that discomfort is exactly what our kids likely need in order to learn. Many of us are facing really serious battles with long term consequences, and too many of these warrior mamas feel like failures because their kids are seemingly not learning these lessons.

I believe that even when we recognize the battle for what it is, too many of us are fighting with the wrong weapons, and we're getting discouraged about the wrong things.

The true battle isn't what we see with our eyes. Ephesians 6:12 tells us that “our struggle is not against flesh and blood, but against the rulers, against the authorities, against the power of this dark world and against the spiritual forces of evil in the heavenly realms.” The battle is in the spiritual realm. Only one kind of weapon can meet the battle in the air. It's described in 2 Corinthians 10:3-4: “For though we live in the world, we do not wage war as the world does. The weapons we fight with are not the weapons of the world. On the contrary, they have divine power to demolish strongholds.”

The weapons of the world are reputation, money, influence, power and a shiny outward appearance. They can take us only so far. And from the Lord's perspective, all they are affecting is that tip of the iceberg, evident to all. But the weapons that have impact below the surface are far, far, more powerful than the worldly weapons.

The sword of the Spirit is the word of God (Eph. 6:17). This is an offensive spiritual weapon. Prayer is tremendously powerful because it literally moves the hand of God and calls down angels to battle on our behalf. The Eucharist has been used in physical battle, and the rosary's power has been seen for hundreds of years.

It's what's going on under the water that makes all the difference and is the true measure of success. And that's where we employ the weapons discussed in 2 Corinthians 10. The spiritual battle is a hidden battle-done in the quiet of our homes and adoration chapels. It's waged on our knees and literally pushes back the darkness.

If we copy the world and use its weapons, we are guaranteeing a lack of power. This is because those weapons have nothing to do with the release of the Holy Spirit. If we seem to win a battle by using the world's weapons, from God's perspective, we have lost. The reverse is also true. If we seem to lose a battle but we have relied on the Lord, trusting in Him and the weapons of prayer and God's word, we have won. We have WON, regardless of what it looks like to the rest of the world. This means that what others might say is a failure can actually be an enormous victory.

Join me, precious mamas, on your knees. Engage in this spiritual battle with heartfelt, fervent prayers. Let's storm heaven as we plead on behalf of this next generation. Do the hard things. Let the hammer fall and the consequences be felt. Don't stand between God and the lessons He is trying to teach your child. And over all these things, put on love. Tough love is real love. And isn't this what God is teaching us during Advent? The gift of love is always costly, but always redemptive.